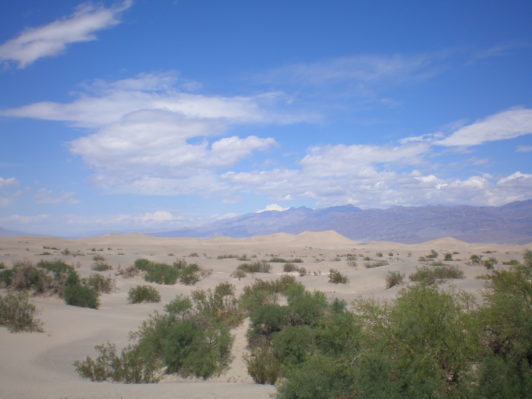 Tell Your Story by Using Setting

I always like to know where a story takes place (the setting). Whether it’s a made up location or a real one, a few details about the physical environment helps to ground me in the story. It’s the question I always ask: “Where in the world, or the universe, are we?” Are we on planet earth? If so, where? What does it look, feel, and smell like? Are we on a distant, undiscovered planet? The same set of questions apply. So, I say, add those little details in but, of course, don’t overdo it. Drop the name of the town, or city, or state early on. Time of year? Time of day or night? Current weather? Then the reader knows what they are dealing with. Include descriptions of what it looks like and any weather features for the time of year the story takes place. All of it adds context and texture.

A story set in Seattle is very different from a story set in Phoenix. Characters who live their lives in the Pacific Northwest deal with an abundance of cloudy skies and wet weather. Those living in the Southwest experience tremendous heat and aridity. A character living in Minnesota survives bitterly cold winters and humid summers. These extremes should affect how the characters behave. This also speaks to who they are as a person, their internal makeup.

Are We in Pahrump Yet?

I recently had a student who needed help with a short story. His character was on an interstate freeway in Nevada during the summer. The plot was in place, the story hummed along, but it was missing some setting details. I suggested he use directional signs, i.e., to add something like this: the last sign his character passed indicated the town of Pahrump was 123 miles away. Using place names adds great setting texture. The name Pahrump is silly and amusing. I mean what reader wouldn’t wonder: what the hell’s in a place named Pahrump? I also suggested he use the desert heat more. His character was from Michigan, she was in unfamiliar surroundings, and the dry desert heat would feel like a weight on her when she stepped out of her rental car. A different type of weight from that of summertime humidity east of the Rockies which she’d be more familiar with.

It’s All About the Weather

In the novel I recently completed, I use setting details sporadically throughout. The story takes place in Los Angeles primarily in Pacific Palisades and Malibu. There’s an annoying weather feature here in Southern California—the Santa Ana winds—which appears prominently in the story. The ferocious winds blow often, they create huge messes in their wake, they often start fires, and they really bother most people. In my novel, they become mirrors to the characters’ moods. For the Malibu scenes, I use what we call the “marine layer” (a thick, low, chill fog) often. The marine layer clouds the beaches and coast all year round; it often doesn’t burn off until the afternoon. It’s a moody weather feature that affects the characters in my story, much like those nasty winds.

You will or have already seen, plenty of authors, writers, and teachers who say to avoid setting as much as possible, to limit it to near zero, but I don’t necessarily agree. It does, of course, require a soft touch, and shouldn’t be overdone. When used properly it brings a tepid story to life and helps to tell it more completely.

Do Your Research, Please

A final caveat: if you do use a real, factual place, do your research. You don’t want to write about a city, or state, country or place incorrectly. Those citizens of that place who read your story or book will be unforgiving.

If you found this post helpful and would like additional assistance with your writing, you might consider working with me. Hop over to the Writing Services page above for more information.